Imagine: you are about to start your first full-time job, completely fresh from university. You have been studying for five years while struggling financially and working part-time. Even though you do not have that much of working experience, you have graduated with a Master of science and you are very proud of what you have accomplished so far. You feel a sparkling glimpse of hope and confidence growing inside while you enter this new chapter in life. You feel that you have reached a milestone. Somebody is willing to pay you for your time, and not too bad a salary either, but actually quite a good salary. All this builds your confidence as you take your first, modest steps in this new organisation, new industry and new lifestyle.
You have landed a project leader role at a big company, against all odds. You have landed this role despite your lack of experience, but you were able to after some great people believed in you and gave you the opportunity. You have met people who helped you, lifted you up and worked with you to get you to where you are today. You feel the love and warmth from friends, family and co-workers and everybody wants you to succeed. However, you are struggling a bit with your confidence in this new role and you are perplexed as you really do not know what to expect. You are soon about to meet the project team and hold your very first workshop as the project leader. You have planned this in unnecessary detail and gone over and over it countless of times. You only get to make a first impression once. This is it. 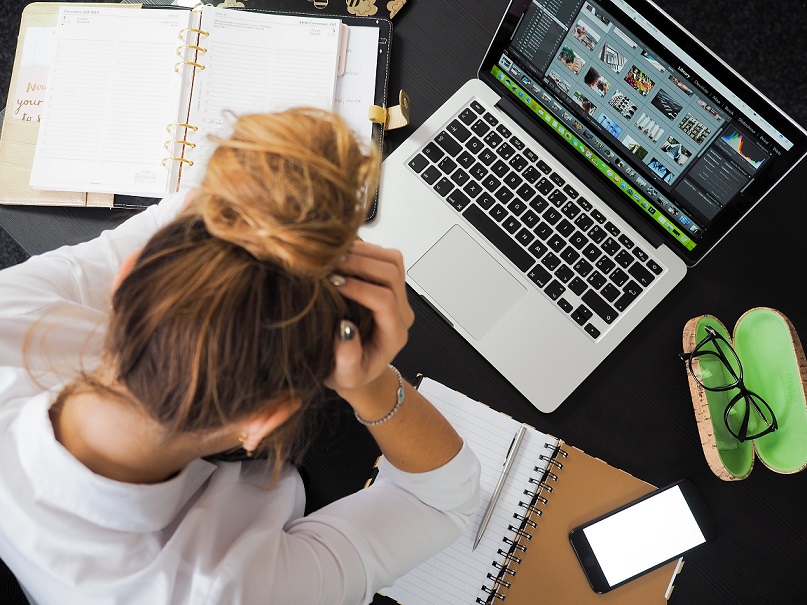 As you are smiling and shaking hands with all of the new and friendly faces in the project team you suddenly feel that someone holds your hand a little too long and too tight and while doing so, says in an sarcastically enthusiastic voice loud and clear so that everyone can hear: “Are you our new receptionist?” What was exceptional about that question was that the company did not have any receptionists. What was even more exceptional was that this person was laughing in a mean way after saying it, as to deliberately make you feel bad or joking on your expense. You try to hold your ground and say in a shaky voice: “No, I'm the project leader.“
The two first syllables, you managed to say with a firm tone as you are determined to not let this person take you down. However, you feel like your words and your voice got lower and lower while trying to articulate the rest. The little authority you might have had was taken away in a second. You feel like you are shrinking to the physical size and mental level of a child in kindergarten, metaphorically speaking. You feel so frustrated because it feels like you cannot stand up for yourself and that you are questioning your very own purpose at the company. As if you are suddenly questioning your own competence. The person who said this just laughed, turned their back, and walked away. You are standing still, alone with my thoughts and unable to move.

My reflections in retrospect

As you probably already have guessed, this was a situation that I experienced at my first job. I was, and still am, shocked by the level of unprofessionalism at our modern workplace. I am shocked that some people actually use master suppression techniques, such as the these. This is a master suppression technique since this person used their prejudice about my age, gender and looks in order to objectify me. This person used their prejudice in order to make a joke that they thought was funny, but which was a joke on my expense. In doing so, they, directly or indirectly, wanted to bring me down and to that person I just want to say: “Congratulations, you succeeded”.


In that moment, as I said, I shrunk to the physical size and mental level of a child in kindergarten. I could not help it since I was so shocked in that situation. I suppose in my naïve student mind I had expected that people would act as professionals. I had expected that now that I started working, we would have left the sandpit and the playground misdemeanours. I had expected to be treated with respect, particularly when you are new in a workplace. Oh, was I wrong. I was back in the sandpit again, only a bigger one. Thus, I completely froze and could not manage to produce an appropriate response and the person who said it probably got what they wanted out of my reaction. A bit down the road when I confronted this person about what they had said, it was explained to me how I should ‘take it as a compliment’.


I sometimes dream about this situation. However, instead of freezing still and quite, I produce the most epic response. The most awesome response, which makes this person regret they even said anything. From their point of view, their attack completely backfires and I get to stand up for myself and everybody else who has ever been treated unfairly. When I am reliving this memory, I get to be the hero instead of the victim. I cannot stand being the victim. If I would ever find myself in a similar situation, I would definitely not react the same. This experience has just made me stronger and the next time around I will have a great reply locked and loaded.


I am actually looking forward to the next time someone tries to bring me or anybody else down in my presence. In that sense, this was actually a good experience because it crushed my naïve assumptions about the modern workplace and I would rather wake up sooner than later. After I realized that I was back in a big sandpit again, astonishing at the level of unprofessionalism which is still out there, I adjusted my approach and started act accordingly and no one will ever be able to press me down like that again. I just grew stronger and moved on. I do not want to rally about my experience, picture myself as a victim or make any generalizations about that person’s age or gender since I believe that it does not add anything to the story and I also believe that I would end up at that person’s low level if I did. 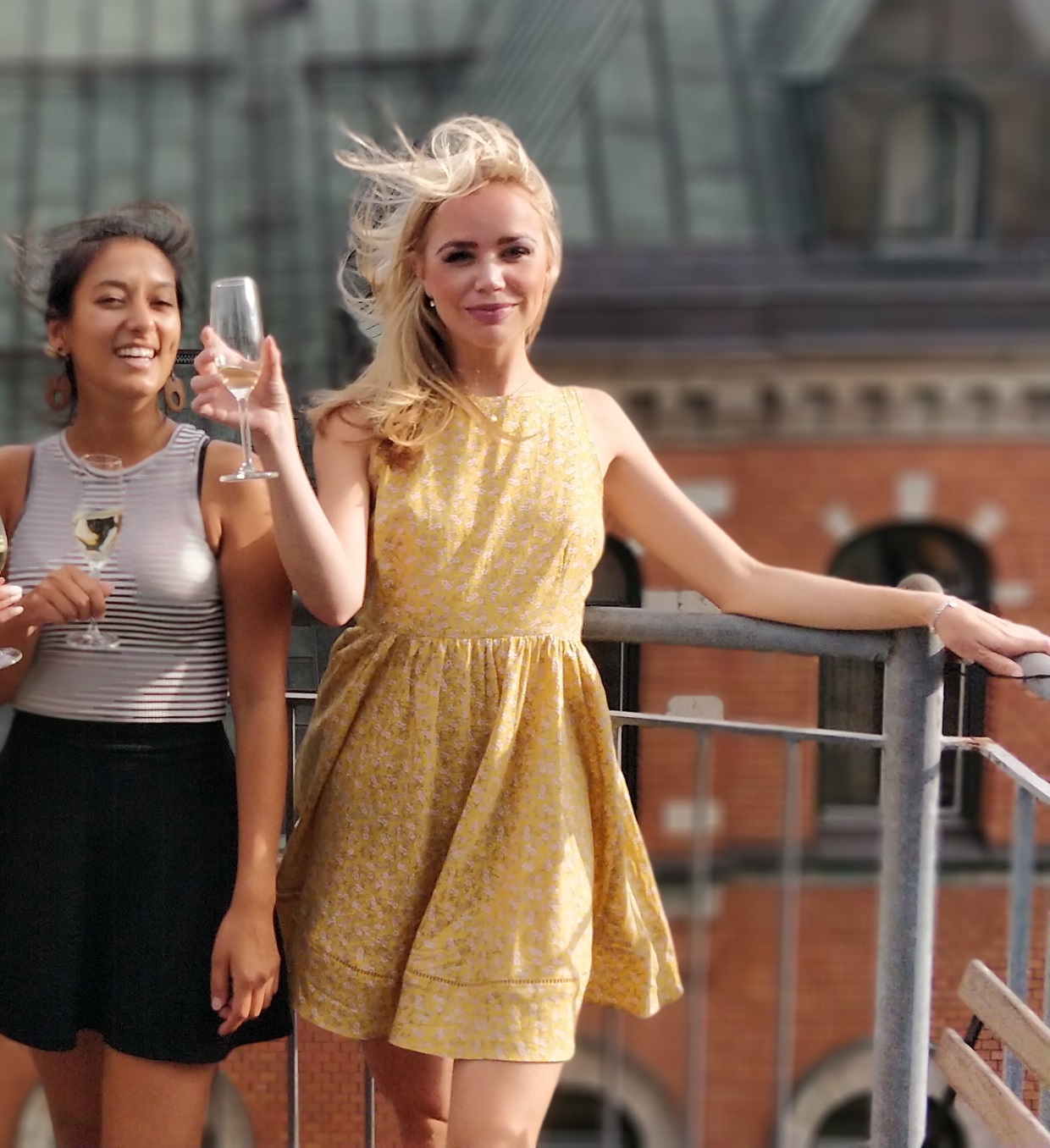 I would like to finish this story on a more positive note by looking into the future. However, to be completely honest, I believe that we will not ever be able to get rid of such suppression techniques and unfair treatments. There will always be someone who is prepared to sink to a lower level in order to obtain a cheap laugh or even systematically try to oppress people. These people know that what they are doing is wrong, or in a moral grey zone, and that is actually part of their agenda. They would not obtain the effect that they want if they did not act in a moral grey zone in the first place. These people will always be in the moral grey zone, even if that moves on a relative scale. However, the good news is that what was considered an unfair treatment today was probably common practice in the 50s, so at least the suppression is getting milder in absolute comparison. However, for the person being unfairly treated, it might feel just as bad in absolute terms since their frame of reference is different too.


What I am saying is that people who want to oppress someone will always find a way to do so, which is in the moral grey zone, because there will always exist a moral grey zone. Hence, if we cannot get rid of it once and for all, we all just need to learn how to handle it together. Thus, in order to survive the modern workplace, I believe that we all just have to grow a thicker skin and fight these people together in each of these particular situations. As in my situation, we need to learn how to handle it ourselves. If we can handle it ourselves, then we can help other people and stand up against these bullies together. We can learn from other people’s experience as well and finally - and most important of all - we have to try to not end up making the same mistakes and act on prejudices ourselves. We need to work together - only then can we minimize suppression techniques and unfair treatments and hopefully change the workplace for the better. <3


Finally, I want to urge you to please say something if you, or anyone else, are treated unfairly. I wanted to write about this so that others can learn from my experience. I know that it is hard, but I believe in you!

Do not hesitate to reach out to me if you want at pm@annaleijon.se